Richard Sherman is released without bail

This athlete was arrested after crashing a car

Fa’amomoi Masaniai, the judge at King County District Court, ordered Richard Sherman released from jail without bail Thursday. Sherman, who is a former Seattle Seahawks and San Francisco 49ers cornerback, was arrested on Wednesday, on suspicion of trying to break into his in-laws’ home.

Prosecutors didn’t ask the court for a finding on a felony residential burglary allegation. He was initially booked for this burglary. The court has not yet filed charges.

The judge declined to set $10,000 bail which was requested by prosecutors. Masaniai said Sherman is a pillar of the community and added as it was his first arrest, it was presumed he would be released. He ordered Sherman not to use nonprescription drugs or alcohol and not to have contact with his father-in-law.

After this long hearing, Ashley Sherman, Sherman’s wife, said that she loves her husband and is committed to helping Scherman get the support and care that he needs. She added that Richard has always been a good father and husband and they are waiting to see him at home.

According to police reports, Sherman was hostile and aggressive; he also had been drinking heavily and had spoken of killing himself when he left his home on Tuesday. His wife called 911 to try to have the police stop him.

Early Wednesday, police arrested Sherman after he crashed his car in a construction zone and then tried to break into his in-laws’ home. 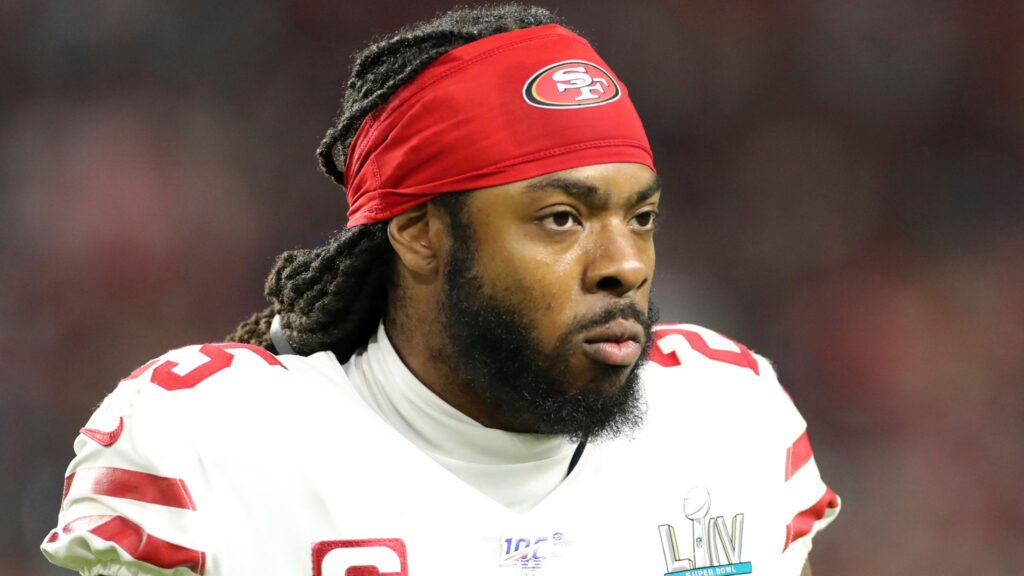 What the father-in-law said

Raymond Moss, his father-in-law, told officers that he had a handgun and fired pepper spray at Sherman to protect his family as he was trying to bust in the door with his shoulder.

According to audio of her call released Thursday, another daughter of Moss also called 911 and pleaded for officers to arrive quickly. She told her children to hide behind a shower curtain.

Moss told police that his family began to yell in fear. He said when Sherman was banging and trying to gain entry, he used pepper spray on his face through the partially opened door. Moss said he told Sherman to stop and armed himself with his handgun for the safety of himself and his family.

According to police reports released Thursday, because of Sherman’s size, strength and belligerence, officers were cautious about arresting Sherman. Police decided to use less lethal force after warning him and trying to deescalate the situation.

Police couldn’t use a Taser because of the danger of igniting the unknown chemical Moss had sprayed him with. They also couldn’t fire a beanbag round because they were too close to him. So, according to reports, police released a police dog as the officers wrestled with him on the ground; the dog bit his ankle causing a minor cut.

Prosecutors and the sheriff of King County obtained an extreme risk protection order for him; this protection order was obtained after a judge determined he posed a danger to himself or others and barred Sherman from having guns. There were no details available on the case, and it was not clear if any weapons had been seized from him. 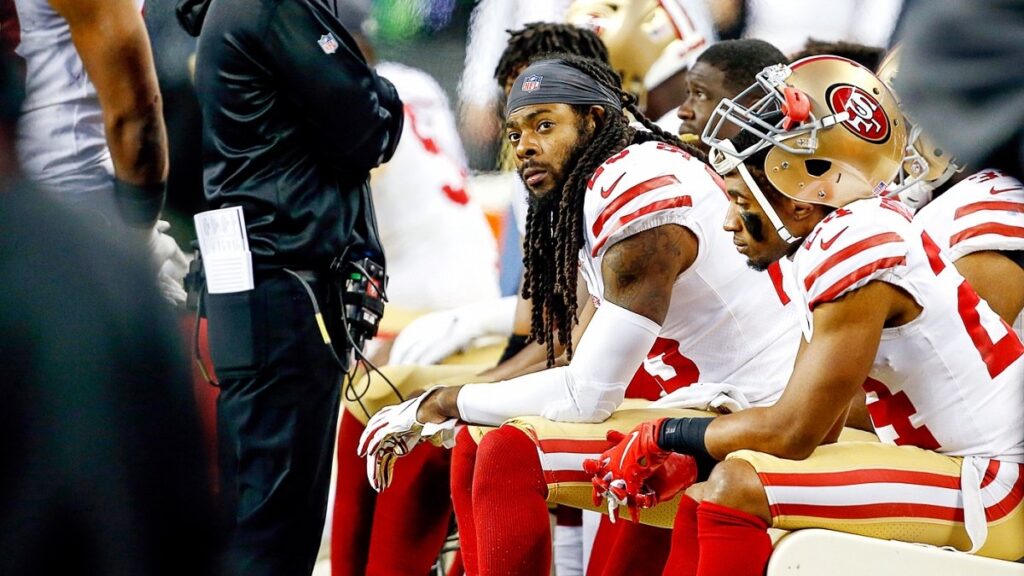 Why did the judge release him?

Sherman’s wife told police that Sherman had been taking anti-depressants. She also said he was receiving mental health counseling.

Cooper Offenbecher, Sherman’s attorney, did not contest that probable cause existed for the arrest at Thursday’s hearing. But Offenbecher said they should release Sherman without bail; he noted Sherman’s works in the community, including founding the Blanket Coverage Foundation, a charity for helping low-income students.

Offenbecher said Sherman is among the best in our community. He added that Sherman is a good person and a good soul. After her left Seahawks, he played with San Franciso for three seasons. Sherman is a free agent now.