The place of the match

The match was held at the Shiokaze Park in Tokyo where there was burning sun and wonderful blue sky and the temperature was above 38 degrees Celsius. Canada’s beach volleyball easily defeated their Dutch opponents.

What happened during the match?

It took a few minutes for the number one ranked due to get their footing in the golden sand at the venue, but after a while, no one could ignore their power. 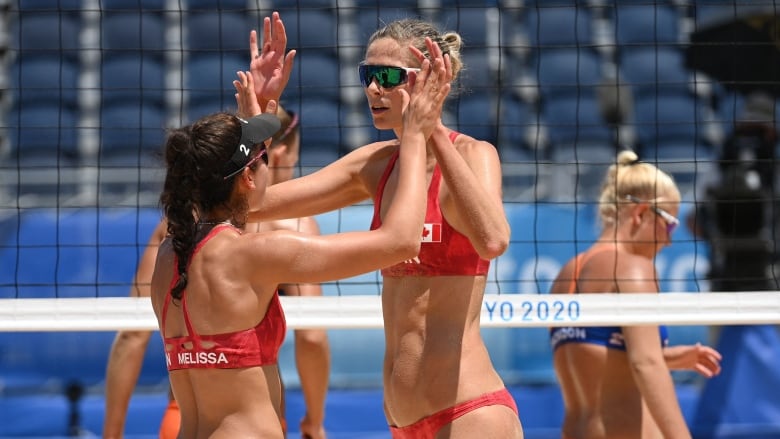 On Saturday to open their Olympics, the Netherlands duo of Katja Stam and Raisa School was defeated by Canadian due to Pavan and Humana-Paredes in straight sets (21-16, 21-14). After the victory, Paven said they made that clear that everything they had been working on has paid off. They have played that team three times but they were never sure about the result. Nevertheless, at this match, they took care of it.

Check out the Latest Sports News on the sportmagazine.ca : Canadiens picks Logan Mailloux

In the first moments, they were behind their opponents with the result of trailing 5-2 in the first set and they were losing their hopes. But after a huge Pavan block at the net, they took a 6-5 lead. Then, before high-fiving with Humana-Paredes, she raised her fist.

Humana-Paredes said she was shaking like a leaf as if the stadium was full of fans, she was so nervous and excited but she managed to put on a brave face. Then they talked about the need for feeding one another’s energy because they usually triumph on the crowd. So they took any chances they got to ignite one another at the Olympic beach volleyball Games.

Due to the COVID restrictions, thousands of blue seats around the venue were empty. While there is a state of emergency, this scene can be seen in every Olympic venue in Tokyo.

Pavan’s daunting presence at the net visibly frustrated the Dutch and made forced them to do unforced errors. As a result, the Canadian duo achieved the 21-16 victory in the first set. Pavan said they had come a little slow because they were adapting themselves to the new environment, nerves, excitement, and many other things. They had settled in pretty quickly.

On the other hand, defeating the Dutch was not an easy job in the second set. They hadn’t planned to go away easily. Before the technical timeout, Canada managed to mount a 12-9 lead. To achieve the victory against their opponent, Humana-Paredes change her way and took it to a whole new level. Sometimes seemed all over the court. She dug up the balls in a way that seemed destined to touch the sand.

It seemed that the Dutch could not bear the experience, power, and poise of the Canadians. The match between these due was finished by Pavan and Humana-Paredes and they won the second set, 21-14.

If you click on this link, you will redirect to yourart.ca : Exhibition Cuttings, curated by Mathieu Copeland

Paven said their game plan was on point. They had executed their serving game very well and their defensive system. They had been very prepared.

She finished after gaining four block points and 11 attack points. 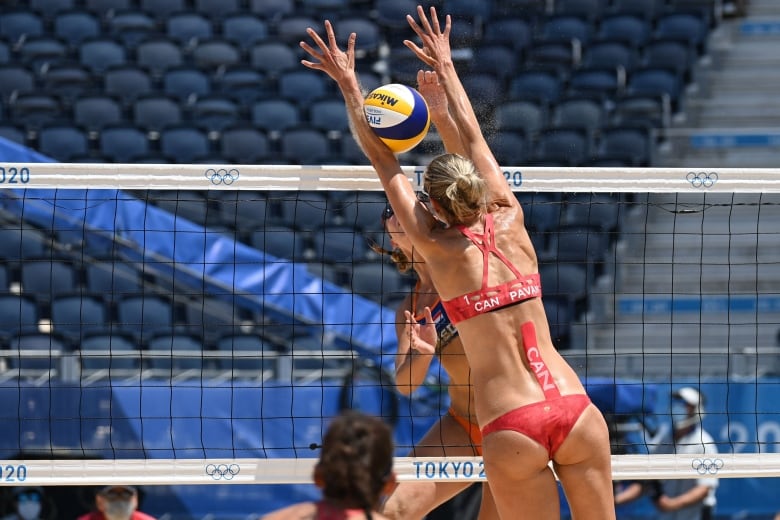 If we want to mention the key strength of Humana-Paredes and Pavan’s game, we can consider their ability to communicate. The venue was silent due to the absence of the spectators, one could hear their strategies clearly in the venue. Their strategy was to talk to each other constantly.

Humana-Paredes said that strategy was something they had been working on. That was a cornerstone of their team.

There is also another Canadian due made up of Heather Barnsley and Brandie Wilkerson. They are going to face China on Saturday in their first game.